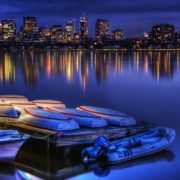 This week, U.S. Senators Markey and Paul were joined by bipartisan group of Senators, as well as sponsors in the House of Representatives, to introduce legislation that would expand treatment for heroin and prescription drug addiction, including prescriptive authority of buprenorphine/naloxone for APRNs. The legislation, the TREAT Act, would increase access to evidence-based medication-assisted treatment according to this press release issued by Senator Ed Markey’s office. You can view a one page summary of the legislation here.

Please educate your U.S. legislators about the ability of APRNs to provide safe, evidence-based care for opioid dependent patients with approved medication assisted treatment.  In combination with behavioral therapy, medication-assisted treatment for opioid addiction can decrease opioid overdose deaths, reduce transmission of HIV and hepatitis C, and reduce other social harms such as criminal activity and recidivism.

Now is a critical time to advocate for health care policy that will improve access to care and improve health and social outcomes for patients we serve.

Once Again It’s Time For Our Annual Maappn Membership Drive
Scroll to top
We use cookies to ensure that we give you the best experience on our website. If you continue to use this site we will assume that you are happy with it.OkNoPrivacy policy
Revoke cookies