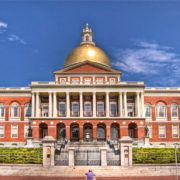 BOSTON, OCT. 6, 2015….As patients struggle to access medical care at a time and place that fits into their lives, Massachusetts laws laying out tasks that can be performed by nurse practitioners are among the country’s most restrictive, health experts said Monday during an annual health care cost trends hearing.

Statistics presented by the Health Policy Commission during the hearing showed that around 60 percent of the emergency room visits made by Massachusetts residents in 2014 were by patients unable to get an appointment at a doctor’s office or clinic as soon as needed. About 76 percent of emergency room visits were made after normal operating hours at doctor’s office or clinics.

The past few years have brought an increase in retail clinics and urgent care centers in Massachusetts, including 58 nurse practitioner-run CVS MinuteClinic outposts. Open extended hours and able to serve patients without appointments, such facilities often aim to treat patients whose illnesses or injuries aren’t severe enough to warrant costly emergency room visits but who cannot get in to see their regular physician.

“We want to continue to grow to be that access point in the communities that allows people to seek care when they need it, on their terms, and when they can,” said Shaun Ginter, president and CEO of CareWell Urgent Care.

Ginter and other health care providers testified as part of a panel on care delivery during the Health Policy Commission’s cost trend hearings, a two-day series of discussions set to continue on Tuesday with remarks from Senate President Stanley Rosenberg, Attorney General Maura Healey and Auditor Suzanne Bump.

Panelists on Monday said that hospital emergency rooms are sometimes the only option available to patients seeking immediate treatment, even though urgent care and retail clinics are now available as alternatives in some areas.

“They’re there for a certain amount of time, but the hospitals are the places of last resort,” said Christine Schuster, president and CEO of Emerson Hospital in Concord. “When the doors close at 9:00 at CVS, that’s when we find people come.”

Panelists said many hospitals and community health centers find it financially difficult to stay open after business hours because of what Barry Bock, CEO of the Boston Health Care for the Homeless Program, described as a “pretty modest reimbursement outcome.”

About half of the patients at CVS MinuteClinic are seen on evenings and weekends, when doctor’s offices are typically closed and the only other options are more costly emergency rooms or urgent care centers, MinuteClinic President Andrew Sussman wrote in prepared testimony.

Sussman cited a 2008 study that found that the average total cost of a MinuteClinic visit was $279 less than in an emergency department.

Costs of care can be higher for such clinics in Massachusetts than in other states of because of the strictness of laws dealing with nurse practitioners, said David Auerbach, the Health Policy Commission’s deputy director of research and cost trends. Scope of practice laws set the legal boundaries on what tasks a medical professional can perform and under what restrictions or oversight.

“Here’s the bottom line: Massachusetts has among the most restrictive laws in the nation,” Auerbach said, adding that those laws can become barriers that prevent patients from accessing necessary care.

If the limitations on nurse practitioners were lessened or lifted, Auerbach said, the state would likely see an increase in access to care, and an increase in care outcomes and quality would be probable as well. The impact it would have on health care spending is ambiguous, he said.

A total of 22 states allow nurse practitioners full practice authority, eight of which joined that group with updates to their laws in the past four years, Auerbach said.

Massachusetts has made incremental changes to its own scope of practice laws for nurse practitioners in recent years, according to Auerbach. In 2008, the state recognized nurse practitioners as primary care providers who could be chosen by patients. In 2012, they were granted the ability to sign death and disability forms.

Restrictions that remain include requirements that nurse practitioners follow treatment guidelines set by physicians, that they maintain a collaborative agreement with a physician to prescribe drugs and that the Board of Medicine approve the implementation of any new practice authority for nurse practitioners.

“Where it does get challenging is it is indeed true that we do pay every single consulting physician money to be available to that provider,” she said. “That can be a burden in some states and plays potentially an unfair advantage and can limit competition.”

Rep. Jeffrey Sanchez, a Boston Democrat who co-chairs the Joint Committee on Health Care Financing, told the commission his committee is considering a bill (H 993) that would charge the commissioners with reviewing the scope of practice laws.

The bill, which came up for discussion at a September hearing, “is to essentially have all of you look at it, given your role within the health care sector,” Sanchez said.

Serving the working press since 1910
http://www.statehousenews.com

A Special Thank You to Our MAAPPN Members, Guest Speaker, and Sponsors

APNA Joins White House Effort to Address Opioid Misuse and Overdose Epidemic...
Scroll to top
We use cookies to ensure that we give you the best experience on our website. If you continue to use this site we will assume that you are happy with it.OkNoPrivacy policy
Revoke cookies