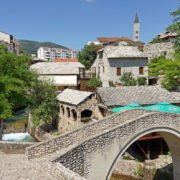 The Connecticut state Senate voted 25 to 11 Wednesday night to allow nurse practitioners to practice independent of physicians, a controversial concept that has gained traction amid growing concerns about the availability of primary care providers in the state.

The proposal, which now goes to the House, originated in Gov. Dannel P. Malloy’s administration, which pitched it as a way to increase access to primary care at lower costs as thousands more state residents gain insurance as part of the federal health law.

But critics have raised concerns about the effects the change could have on patient care and primary care physicians.

The bill the Senate passed Wednesday would allow nurse practitioners — also known as advance practice registered nurses, or APRNs — to practice independently, but only after practicing under a collaborative agreement with a doctor for at least three years.

Public Health Committee Co-Chairwoman Sen. Terry Gerratana noted that nurse practitioners already have the authority to treat patients and prescribe medication. They also have their own practices, she said.

“What we are doing here is making them independent of the collaboration,” Gerratana, D-New Britain, said.

Nurse practitioners have argued that the current requirement makes it hard to open their own practices and leaves them at risk of being unable to practice legally if their collaborating physician dies, retires, relocates or chooses to sever the agreement. Some have reported having to pay significant fees to the collaborating doctors or having trouble finding a doctor to collaborate with. And APRNs say there’s no evidence that removing the collaborative practice requirement would put patients at risk.

But many physicians oppose removing the collaborative practice requirement, pointing to the differences in education and clinical training between the two professions. Nurse practitioners aren’t a substitute for doctors, particularly when it comes to caring for patients with complex health issues, they say.

More than two dozen physician organizations signed on to written testimony that said the proposal would “lower the standards of care and therefore the clinical quality provided to Connecticut patients.”

During a two-hour debate Wednesday night, Sen. Toni Boucher, R-Wilton, said she had a relative who underwent a medical procedure and later faced significant complications because an APRN had overestimated her abilities and had not complied with a doctor’s orders.

Even in more routine matters, Boucher said, there are potentially serious conditions a nurse practitioner could miss, and areas where an APRN’s education is no match for the years doctors spend in school and clinical training.

“I think we’re going too far now,” she said.

But Sen. Jason Welch, R-Bristol, said he supported the proposal as a way to increase the availability of primary care in the state.

“Unfortunately, I think as the Affordable Care Act moves forward and certain pressures are created because of that, it’s going to be even harder to get primary care practitioners to practice here in the state of Connecticut,” he said. “So I think that there is a need now. I think that need is going to grow, and I think this bill is at least a piece of meeting that need.”

Critics of the bill raised concerns about potential consumer confusion about the type of provider they’re seeing, and about other changes in the health care system.

Sen. Len Fasano, R-North Haven, expressed frustration that there would be no requirement to notify regulators when a nurse practitioner begins to work outside of a collaborative agreement.

And while Fasano praised the idea of increasing the number of medical professionals, he said he worries about private physician practices getting squeezed out by hospitals.

“In a very short period of time, private practices will not exist in this state,” he said.

Malloy released a statement praising the vote, saying that nearly 200,000 state residents now have access to health care because of the federal health law.

“As the healthcare industry grows and changes, the role of advance practice registered nurses remains critical,” he said. “This legislation will make sure that residents have access to high-quality preventative care, so they can lead healthier lives.”

If the bill becomes law, Connecticut would become one of 19 states that, along with Washington, D.C., allow nurse practitioners to practice independently.

The bill comes on the heels of a state Department of Public Health review on the scope of practice of nurse practitioners.

The review committee’s report noted that some members had significant concerns about allowing nurse practitioners to practice independently, including “what they believe to be deficiencies in education, training and certification requirements” for nurse practitioners compared to those required for doctors and physician assistants.

“There was however no evidence or data provided as part of the scope of review process to validate that removing the mandatory collaborative agreement would alter APRN patient care or place patients at risk, or that patients are at risk or care has deteriorated in other states where there is no required collaborative practice agreement,” the report said.

Connecticut had 3,841 APRNs and 17,130 physicians with active licenses at the end of 2012, according to DPH. The Malloy administration has said there are now more than 4,000 APRNs.

DOI Issues Bulletin to Make Medical Necessity Criteria Easily Findable
Scroll to top
We use cookies to ensure that we give you the best experience on our website. If you continue to use this site we will assume that you are happy with it.OkNoPrivacy policy
Revoke cookies